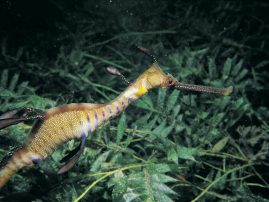 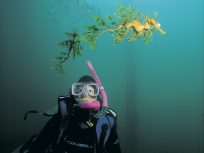 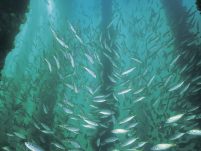 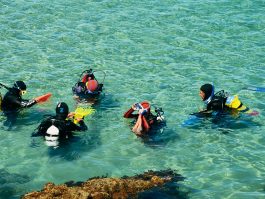 Includes four shipwrecks – the Grecian, Zanoni, Star of Greece and Norma. The shipwrecks are located from Ardrossan, on Yorke Peninsula to Port Willunga on the Fleurieu Peninsula. Underwater plaques are adjacent to each vessel. Divers planning to visit the Zanoni require a permit from Heritage SA as it is situated within a protected zone.

The Zanoni cannot be dived without a permit issued by Heritage SA. A boat mooring buoy has been installed at the site for the safety of divers and so the wreck will not suffer anchor damage. It is illegal to damage or interfere with the wreck and penalties are severe, and may involve substantial fines, imprisonment and/or confiscation of equipment. The wreck is a marine reserve, so no fishing or taking anything from it.

Built in 1865, and sunk in 1867. Approximately 15 nautical miles from Ardrossan. She was a 3 masted composite ship, 42 metres long. A remarkably intact wreck, for her age. She lies on her side, and a bit of the superstructure is still standing.

The Star of Greece was built in Belfast in 1868 and was a 1227 ton, three masted ship. The ship ran aground just north of Port Willunga in the early hours of 13 July 1888 having left Port Adelaide the previous afternoon. A permanent bouy marks the wreck and access is by long walk and snorkel or by boat launched from the Southern end of Aldinga Beach or from O’Sullivan’s Beach ramp. Despite being wrecked only 200m from shore in 6m of water, only 10 of the crew of 27 survived. When clear of the sand which can almost cover the entire wreck a lot of wreckage can be seen.

The NORMA was a steel 4 masted iron barque of 2122 tons, measuring 278 feet, that sank in the main shipping channel of Outer Harbour in 1907 when it was rammed whilst at anchor by the Ardencraig. The day after the sinking the Jessie Darling ran over the wreck and sank on top of the Norma breaking her back. The Jessie Darling was subsequently refloated. Because of the danger to shipping, the Norma was dynamited. The wreck lies about 5kms offshore from North Haven in 14m of water and is subject to strong tidal currents. Access is by boat from North Haven boat ramp. The wreck of the Norma is spread out over quite a large area and consists of a large area of twisted metal lying on the bottom. The bow area is still recognisable and acts as a marine haven for fish. The remains are very interesting, The fish life is prolific with wobbegongs frequently seen. If diving the Norma be aware it is still in the shipping channel and it is unwise to leave your dive vessel without surface support as large ships still use the channel. A marker bouy is positioned about 25m due west of the wreck.